Discover the Uffizi Gallery
The Uffizi and the Vasari Corridor

The Uffizi and the Vasari Corridor

The Vasari Corridor represents one of the most exclusive attractions among the artistic treasures of the city of Florence. A true architectural masterpiece built in the 16th century in just over six months. A flight of more than 1 km between buildings, streets of the historic city center and the Arno river.

On the occasion of the wedding of Cosimo's son, Francesco with Giovanna of Austria, Cosimo decided to connect Palazzo Vecchio, the Uffizi and Palazzo Pitti, the new, spectacular town residence of the Medici, with an elevated passage. In just six months Vasari was able to design and build the Vasari Corridor also known as the Prince's Path, a long raised corridor of over 1 km that connects the 3 Medici palaces with air bridges and secret passages. The fabulous route would have allowed the Grand Duke to move undisturbed between Palazzo Vecchio and the Boboli Gardens without being seen and safely reach Forte Belvedere.

In 1574 Vasari died and the work on the Palazzo degli Uffizi continued under the direction of Alfonso Parigi and Bernardo Buontalenti: the latter completed the construction of the building, also connecting it with the Loggia dei Lanzi in 1580.

In 1581 Francesco I, son of Cosimo now in power, decided to close and use the loggia on the top floor as a personal art gallery where he could collect his splendid collection of fifteenth-century and contemporary paintings, to which cameos, medals, stones, hard stones, ancient statues, works of high goldsmithing, bronzes, armor, miniatures were added. Later Francesco I decided to allow visitors to admire the collection on request. This makes the Uffizi one of the oldest museums in Europe.

In 1583 Francesco I decided to transform the terrace, above the Loggia dei Lanzi, into a hanging garden, which has now disappeared. There the court gathered to listen to musical performances and other entertainment.

In 1584 Buontalenti built the Tribuna in the long arm of the Uffizi, drawing inspiration from the Torre dei Vento in Athens, described by Vitruvius in the first book De Architectura to give prestige and prestige to the Medici collection. The Tribuna is an octagonal environment, with a muffled and enveloping atmosphere, with a floor inlaid with polychrome marble, walls lined with red velvet and a domed ceiling completely encrusted with six thousand Indian Ocean mother-of-pearl shells that sparkle on a lacquer background crimson red. 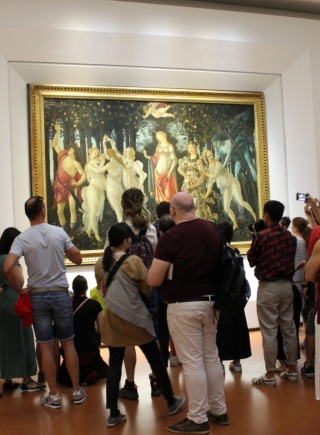 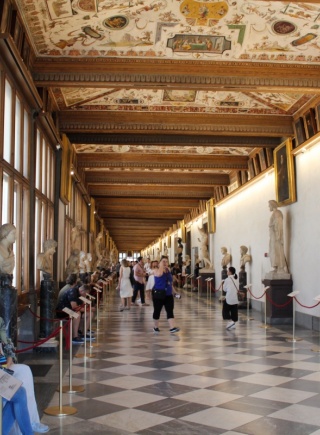 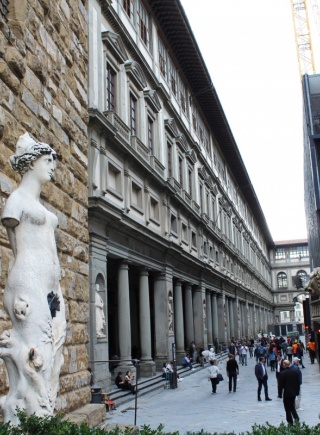 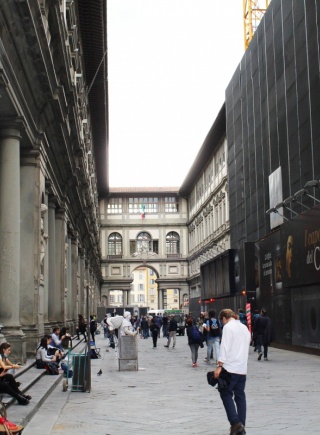 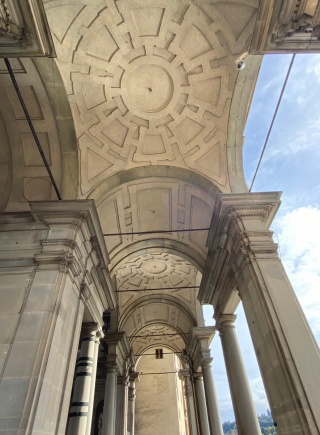 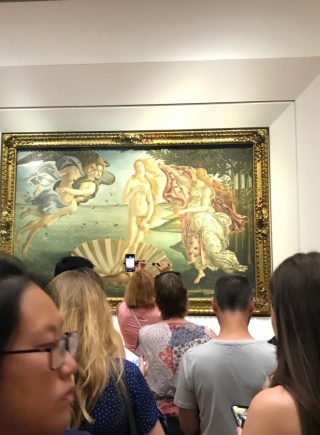 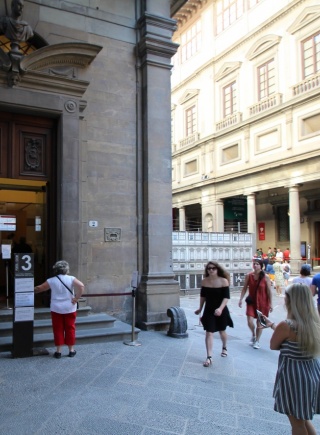 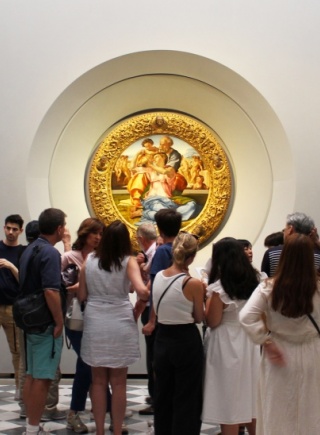 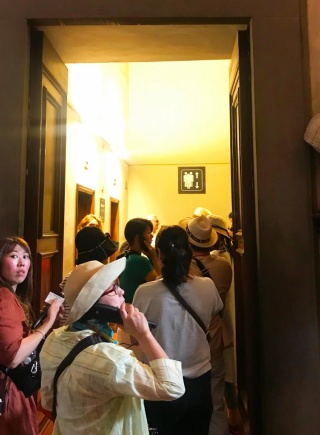 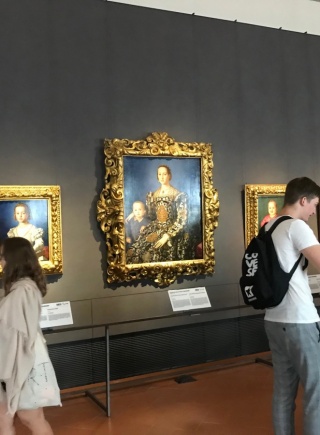 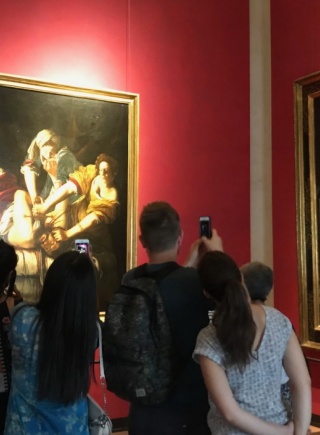 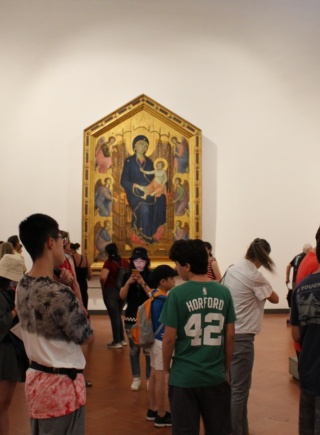