When:
every day except Mondays, New Year and Christmas.

Organize your guided tour of the Uffizi Gallery in the company of an expert guide who will accompany you along the way commenting on the main works of the museum. This guided tour provides the opportunity to benefit from the explanation of an official guide and exclusive for 3 hours.

The price includes: exclusive monolingual guide service for about 3 hours, skip-the-line entrance tickets with reservation to the Uffizi Gallery, and headphones for groups of more than 7 participants.

All Italy Travels guides are guides authorized by the province of Florence, with great experience and able to guarantee an excellent level of professionalism, competence and excellence in their work. For this reason, our staff is constantly committed to guaranteeing a very high quality service to our customers by providing them with the best guides who work in the square of Florence, mostly art historians and teachers in artistic subjects.

Private tours that include entrances to Florentine museums always include tickets with reservation to avoid waiting in front of the ticket offices.

When every day except Mondays, New Year and Christmas.

Hours at the visitor's choice from 8:30 to 16:30. In summer there are also evening tours during the night opening of the museum.

A visit tailored for you

The route can be adapted to the requests of the participants, for example families with children, visitors with special interests, difficulties in making long journeys on foot.

Inside the museums there are routes for people with mobility difficulties. As this is a tour with a private guide, it is possible to customize the route adapting it to visitors with disabilities. Please report it in the notes field of the booking form.

The starting time of the tour chosen and selected in the booking form will be confirmed based on the availability of museum tickets.

Here below, we suggest an idea of ​​a museum itinerary that embraces the works of greatest interest at the Uffizi Gallery. Please consider that you always have the option of customizing your private tour to the Uffizi.

The visit begins in the first corridor on the second floor. The order in which the works are proposed follows a chronological criterion.

Room 2 is undoubtedly the first obligatory stop, this room is dedicated to thirteenth-century painting.

Here, the works on display are those of great masters including Cimabue, the Master of Santa Cecilia and Duccio di Boninsegna. Certainly the work that most attracts the visitor's attention is Giotto's Majesty.

This great work was designed for the church of All Saints in Florence. It had to be placed in a position to surprise the observer on his right, as can be deduced from the direction of the Madonna's gaze.

Continuing we meet room 3 dedicated to the Sienese fourteenth century.

Room 4, on the other hand, houses the works of artists who treasured Giotto's innovations, such as Taddeo Gaddi and Giottino.

The route then continues towards the Renaissance

These rooms require a longer stop. Right here are exhibited works such as the Battle of San Romano by Paolo Uccello, a work that refers to the historical episode that saw the Florentines fight the army of the Duke of Milan in Valdelsa. And again, the Coronation of the Virgin by Fra Angelico: an extraordinary work famous for its brightness thanks to the use of gold.

Also in room 8, we find the beautiful Madonna and Child by Filippo Lippi, with the famous delicate profile, perhaps Lucrezia Buti, loved by the painter friar. Also by Filippo Lippi, we find the Novitiate Altarpiece: a Madonna with Child flanked by Medici Saints and Patrons. Other artists besides Lippi, Piero di Lorenzo and Fra Diamante, a young follower of Lippi, also collaborated on this work.

Also in room 8 is the famous Diptych of the Dukes of Urbino by Piero della Francesca. For this painting, the great Sansepolcro painter was inspired by the Nordic tradition, very popular in the Renaissance courts of the time. The faces portrayed are of the dukes of Urbino, Federigo da Montefeltro and his wife Battista Sforza.

The particularities of the work are above all the origin and function of the object. The painting must have been conceived as a private object, wanted by the duke as a souvenir of his beloved wife. The two panels had to open like a book, as evidenced by the hinges that join them. The faces are portrayed in profile, an expedient that conceals the lack of the Duke's right eye, wounded in combat. On the back of the painting, there are represented the allegorical Triumphs of the two dukes portrayed on two chariots against a background of a hilly landscape that recalls the territories of Montefeltro.

The time has come to proceed towards the symbolic masterpieces of the Uffizi.

The rooms 10-14, are undoubtedly the most crowded because the masterpieces of Sandro Botticelli are exhibited. The most celebrated symbols of the Uffizi is in fact contained in these rooms. The Birth of Venus, the allegory of Spring, the Adoration of the Magi but also Pallas and the Centaur. Just to mention some of the works present, each of which arouses amazement and emotion in the eyes of the visitor.

Again in these rooms is La Calunnia painted with an allegorical subject, intended for Antonio Segni, a banker who was also a friend of Leonardo.

One of the most famous rooms on the route is the so-called Tribuna. The room can be observed from behind a protective cord, beyond which you cannot go, given the value of the entire room. For example, the floor has marble inlays with marbles of various colors, the scarlet walls symbolize fire, the dome is covered with about 6000 shells from the Indian Ocean and symbolizing the air. The Tribune was a wish of Francesco I dei Medici. Inside the Tribune ancient sculptures such as the Medici Venus are exhibited. Venus's hair was originally laminated with gold. Hercules strangling the Serpent, copy of a Greek original and a statue of two Wrestlers, copy of a Hellenistic bronze are the other statues present. Numerous paintings hang on the walls, including a crucified Christ attributed to Andrea del Sarto and the Venus of the partridge, attributed to Titian.

Then here is the room dedicated to Leonardo da Vinci. Here it is possible to admire 3 works by the genius of Leonardo: the Annunciation, the Adoration of the Magi and the Baptism of Christ. The Annunciation was painted by a 20-year-old Leonardo, the client of the work uncertain. In this painting the smallest detail has been studied by the artist with the utmost attention: from the trees behind the Archangel to the white cliff in the last background behind the sea.

A curiosity: it is known that the Virgin's arm is disproportionate to its position on the book. This is because the painting was designed to be viewed from a lowered position, on the right.

The Adoration of the Magi was commissioned by Augustinian monks and has remained almost monochrome due to the artist's sudden departure for Milan. The painting is crowded with characters who focus on the Virgin and baby Jesus Christ, venerated by the Magi. The painting is very useful for understanding the artist's pictorial process and his way of composing the painting.

Complete in every detail is the Baptism of Christ, which also saw the hand of Verrocchio, Leonardo's teacher, and several collaborators. Perhaps this is why in this painting we can see the styles of the different artists: the body of the Baptist is harsh and tense, while the body of Christ is smoother, as is the angel on his left, both of which seem to be the work of Leonardo. In fact, it is said that Verrocchio stopped painting because he realized that the pupil had passed him.

In the itinerary of the Uffizi tour, room 38 is dedicated to two other great masters: Raphael and Michelangelo. We can admire Michelangelo's Tondo Doni, the only pictorial testimony of the great sculptor preserved in Florence. That the vocation for sculpture flows through Michelangelo's veins is visible from the build of the three protagonist figures, from the fixity of their movements and from the folds of their garments.

By Raphael instead we have the Madonna del Cardellino, characterized by a light and shaded background that recalls the paintings of Leonardo. In the center we see the Virgin lovingly looking at her son who caresses a goldfinch brought to him by San Giovannino.

Many portraits of members of the Medici family are exhibited here, mostly by Bronzino.

Here the first part of the tour ends and you go down to the first floor to discover many more masterpieces.

Among the works of the great master, Michelangelo Merisi, the Sacrifice of Isaac and the famous head of Medusa. The latter is painted on a tournament shield, hanging from the arm of a mock knight. The grim gaze of the decapitated and dripping blood Medusa seems to bewitch the visitor just before leaving the museum, leaving him shaken and deeply impressed by the power of art.

But Caravaggio does not end with the head of Medusa, to surprise the visitor another famous painting: Bacchus, also called adolescent Bacchus. This is an important commission, which Caravaggio received from Francesco Maria Bourbon del Monte.

All Italy Travels guides are guides authorized by the province of Florence, with great experience and able to guarantee an excellent level of professionalism, competence and excellence in their work. For this reason our staff is constantly committed to guaranteeing a very high quality service to our customers by providing them with the best guides who work in the square of Florence, mostly art historians and teachers in artistic subjects.

Private tours that include entrances to Florentine museums always include tickets with reservation to avoid waiting in front of the ticket offices.

From booking to 4 days before the date of the visit, the cancellation penalty applied is equal to 30% of the total tour price.

For those cancellations that are communicated to Italy Travels from 3 days prior to the day of the visit, the cancellation penalty applied is the full amount of the tour (100% of the total price), you will not be entitled to any refund.

The aforementioned cancellation policy will be applied proportionally to partial cancellations of the number of participants in the tour.

Cancellation requests must be sent in writing by email. 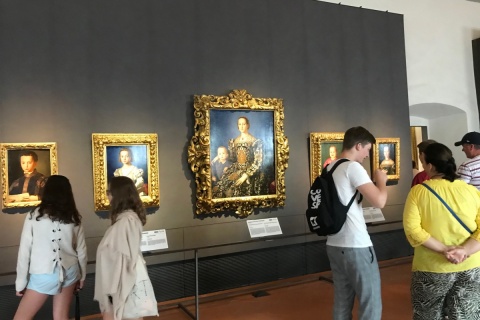 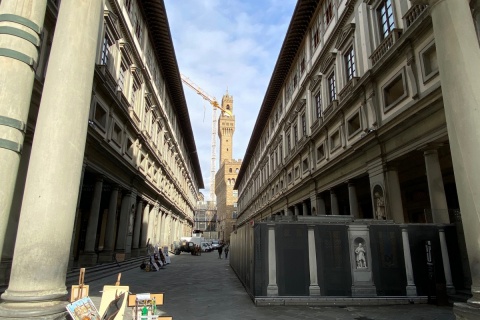 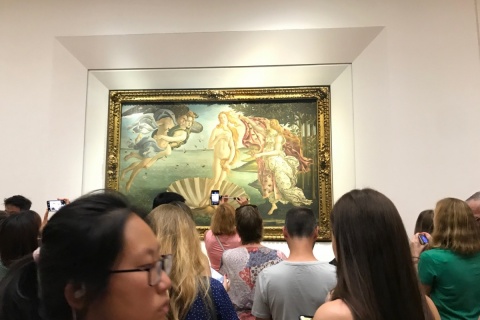 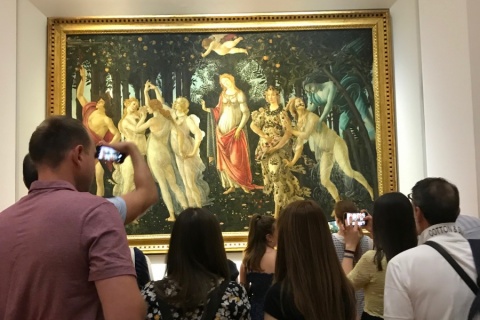 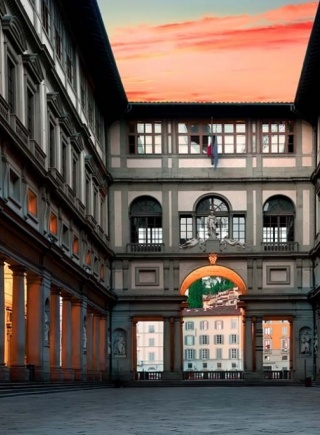 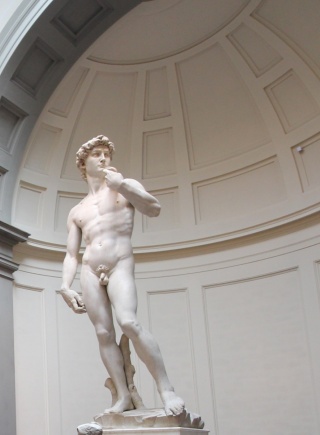 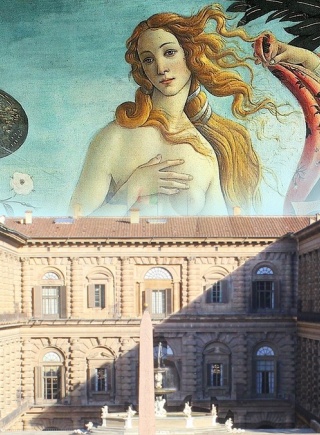 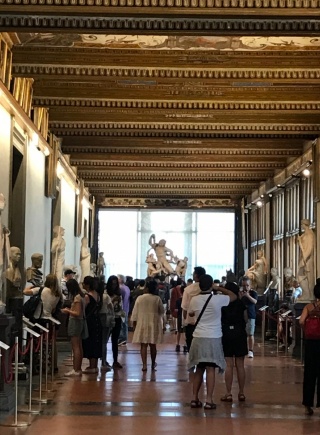 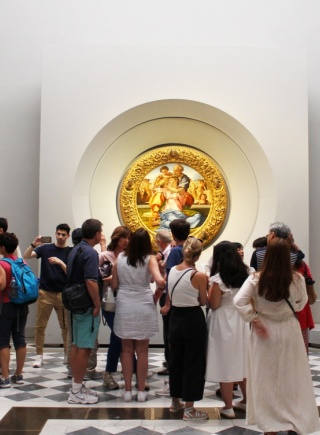